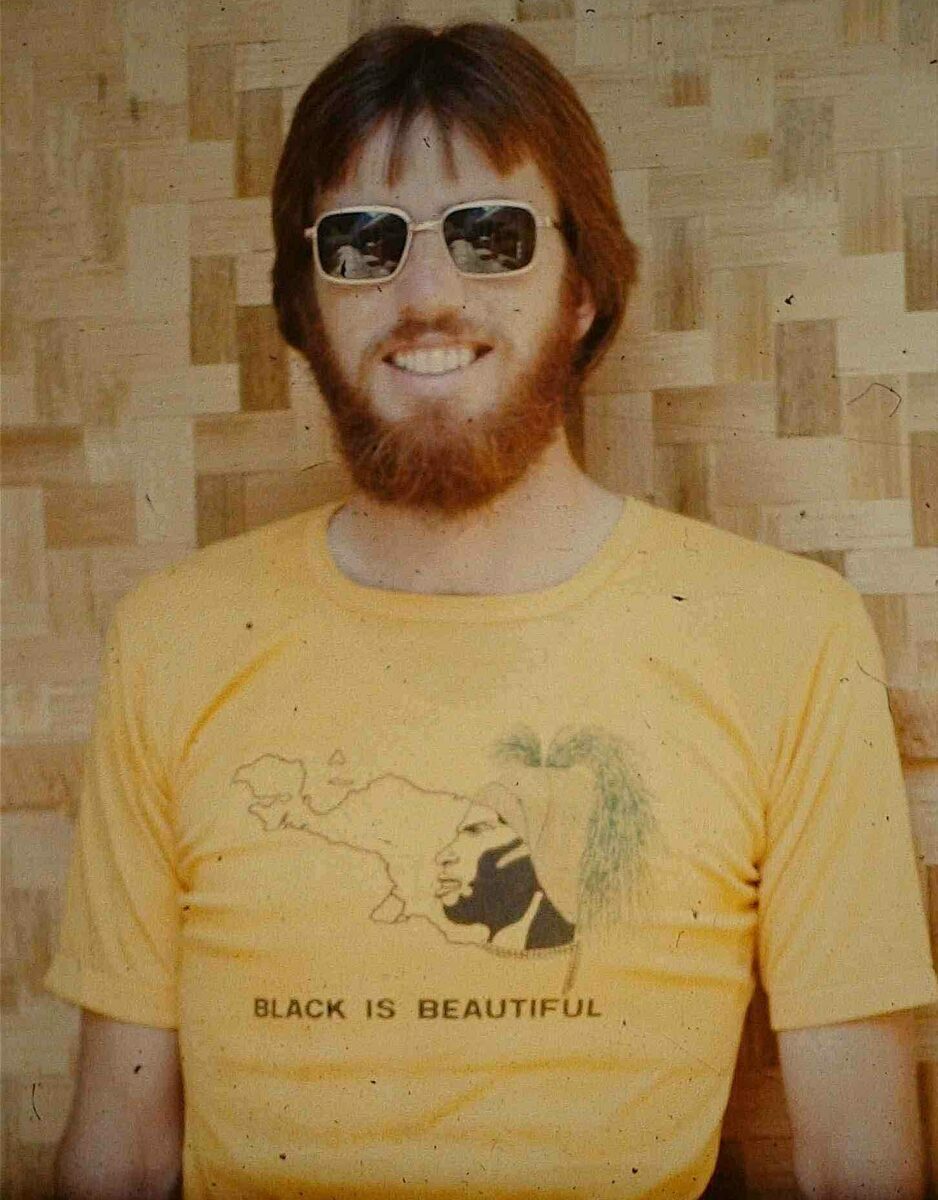 A.A., 2016 Version Launch:
The fundamental human rights situation in West Papua continues to worsen in spite of Indonesia’s assurances that things are improving. West Papuans remain in a dire position at a crucial time in their history. There has been a surge in 2016 of international attention and support, and Indonesia is worried West Papua might go the way of Timor Leste (East Timor). Like then, this feels like we may be approaching a tipping point. Who knows, but my hope is that this little illustrated story will be an additional weight to help tip the scales of global justice.

A heartfelt thank-you to the two artists for such inspiring work, and to the original artist who was sent to serve her country in Afghanistan before she could finish. Above is one of her sketches from 2007 that inspired artist Tarantula’s dramatic opening image for the story.

As I wrote Vanishing Tribes in 2013, West Papuans continued to be arrested, tortured, starved, raped and murdered by the Indonesian military. But also during this time, there was new reason for hope. For example, media attention to the Freedom Flotilla, the Free West Papua campaign opening two more offices worldwide, and Canadian Jeremy Bally’s 12,000 kilometer cycling tour across 7 countries. Jeremy collected hundreds of postcards from West Papua freedom supporters worldwide, then daringly delivered them in person to political prisoners in the Abepura jail.

In the past, many of us have been encouraged by the unswerving support from Noam Chomsky and Bishop Desmond Tutu, both having spoken out many years ago on West Papua. And continuing to provide inspiration to many of us is the lifetime dedication of Carmel Budiardjo, a past political prisoner of Indonesia now into her 90s, still translating and posting news and analysis daily. Her legacy includes TAPOL and the associated organization, Papuans Behind Bars.

At one time, these people were like voices in the wilderness. But now, a growing number of congressmen, parliamentarians, human rights lawyers, filmmakers, musicians and activists of all kinds are speaking out to support the courageous people of West Papua, and technology allows us all to listen. Hopefully a lot of people will see Ryan Phillippe’s surfing film this month and lend their support as an Ambassador for Peace at Isolated.tv

So there’s growing cause for hope in what has long appeared an intractable situation of world ignorance. Those of us who can afford a device to read Vanishing Tribes are desperately needed. To learn how you can help right now, visit our Take Action page. 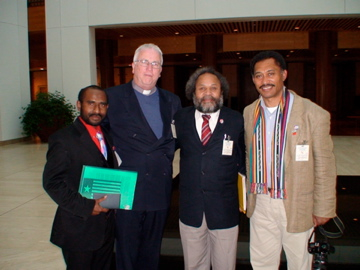 Above:  Rev. Peter Woods in 2008 with Herman Wainggai, Jacob Rumbiak and …. inside Australia’s Parliament House, Canberra.

Below: Peter in 1977 showing his solidarity with the West Papuan cause 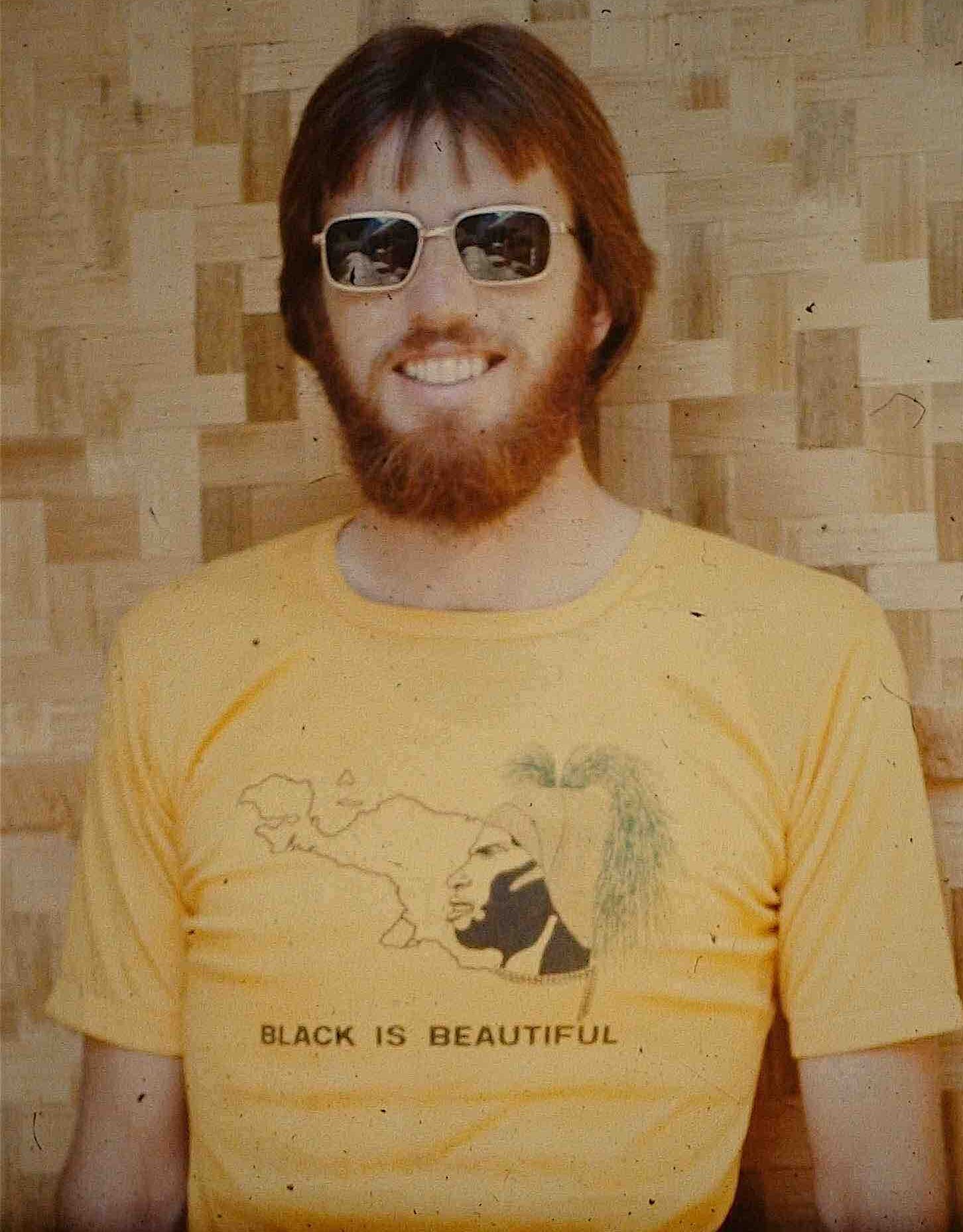 Below: Peter’s portrait of “Jacob Rumbiak – Man of Peace on Fire” showing the physical impacts of Jacob’s incarceration.

A complete set of Peter’s paintings from the Hidden Heroes Exhibition: West Papuan Women of Resistance and other Facebook albums